Please vote for one candidate per position.  Thank you. 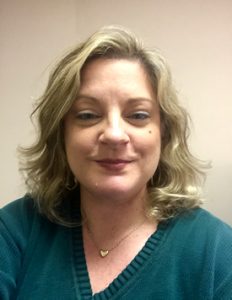 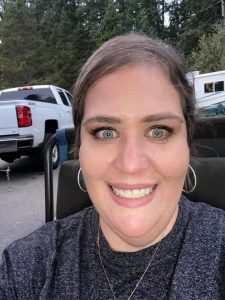 Dara is born and raised in Tacoma where she graduated from Henry Foss High School (1995) and attended the Legal Secretary Program at Clover Park Technical College (1998-1999).  Dara received a paralegal certificate from the Eastern Washington University Division of Educational Outreach and The Center for Legal Studies in March 2001.  Dara received her NALS PLS (Professional Legal Secretary) certification in 2005, her NALS PP (Professional Paralegal) certification in 2012, and her NALS Specialty Certificate in Family Law/Estate Planning in 2014.  She works at Blado Kiger Bolan, PS as paralegal to Chelsea E. Miller and David C. Braswell.   Dara has served on the Board of Directors for NALS of Pierce County for many years:  Education Director (2010-2012 and 2020 to present), Marketing Director (2012-2013), Vice President/Membership Director (2013-2014), President (2014-2016), Secretary (2016–2019), and Certification Director (2019-2020).  Dara won the NALS of Pierce County Officer of the Year Award for 2010-2011 and NALS of Pierce County’s Keystone Award for 2011-2012 for her work as Education Director.  Dara has served on the NALS of Washington Board for many years:  Education Director (2012-2014, and 2018-2020), Corporate Secretary (2014-2016), President-Elect (2016-2017 and 2020-present), and President (2017-2018).   Dara and her husband, Chris, live in North Tacoma.  Dara is a barely restrained “crazy cat lady” who enjoys reading, cooking, camping, crocheting, travel, and dreams of retiring to Mexico.  Dara is a TV and pop-culture junkie (you want her on your team in a trivia challenge).
Dara Wasalino Tremblay, PP, PLS-SC Family Law
20 Vote 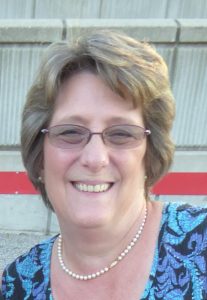 I was born and raised in Seattle but I have also lived/worked in Bellingham, Portland, and Washington, D.C. and currently reside in Bremerton.   I began my legal career as a receptionist at Davis Wright Tremaine, transitioning to a legal secretary shortly thereafter.  After 40 years in the legal field, I retired from Carney Badley Spellman as a corporate paralegal.  I have worked in nearly every area of law but prefer corporate law above all others. I have served on the Board of Directors of NALS of Washington as its Marketing Director (2013-2015 and 2017-2018) and served on the Board of Directors of NALS of Kitsap County as its President (2016-2017) and its Corporate Secretary (2017 to present). I received the Officer of the Year Award (2014-2015) and the Award of Excellence (2015-2016). In my spare time, I enjoy travel, theater, sewing and all forms of arts and crafts, gardening, hiking, trout fishing, and reading.
Nancy Thayer
21 Vote

I began working in the legal field in 2005 as a legal assistant, and eventually obtained my paralegal degree.  I have focused primarily in family, juvenile / dependency, guardianship, and immigration.  I was fortunate enough to remain with the same two attorneys from 2006 through the beginning of 2019.  During some of that time, I also worked as a GAL / CASA from 2007 through 2019.  I then began a new chapter working for the Attorney General’s Office (dependency division) in April 2019. I have a Paralegal ATA, NALS PP-SC, an AA degree, and BS in Law & Justice.  In addition, I obtained my LLLT license in 2019.  I am also a notary (including remote / electronic and signing agent). I am a SoCal native, and now a Washington transplant as I have lived the majority of my adult life in Washington.  When not working, or continuing my education, I enjoy volunteering in my community, and spending time with family (which includes my husband and daughter), friends, and my hairless cats (Sphynx).  Fun facts:  I am the only girl of six children, one of which is my twin brother.  I am also working on becoming a recognized Italian Citizen.  Fingers crossed!
Rory Hardy, PP
19 Vote 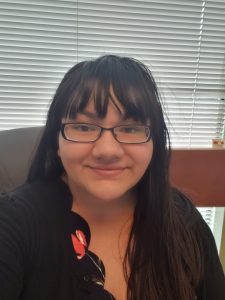 Keegan Stanley was born and raised in Tacoma, WA. She graduated in 2014 from the University of Washington with a bachelor’s degree in American Indian Studies and a minor in Political Science, and obtained her Paralegal Preferred Pro-Certificate from Tacoma Community College in 2016. As a paralegal at Baner & Baner Law Firm, she assists with a variety of things including family-based immigration, family law, and civil collections. Her job always keeps things interesting! Keegan is a lifetime learner who loves picking up a book to learn about a new subject. One of the perks of her job is working on a new immigration case and getting to learn about a new country while getting to learn about someone’s lovestory because that is what family-based immigration is all about.  Outside of work, Keegan currently serves on the board for NALS of Pierce County as its Secretary. This is her first year on the NALS of Washington board and she is excited to take on the Education Director position.  In her spare time, Keegan is also a member of the TCC Symphonic Band and plays the bass clarinet, and enjoys knitting and crocheting.
Keegan Stanley
20 Vote 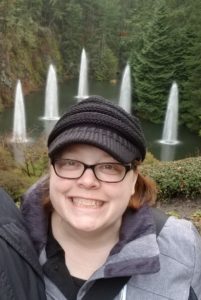 Heather grew up in Renton, Washington where she graduated from Hazen High School in 1996.  She graduated from Highline College with an A.A.S. in Paralegal Studies in 2011.  Heather received her NALS PLS certification in 2015 and her NALS PP certification in 2016.  She currently works as a paralegal for Thomas J. West at the West Law Firm, P.S. in Tacoma.  Heather also volunteers as a Clinic Assistant for the King County Bar Association Neighborhood Legal Clinic in Federal Way.
Heather Sims, PP, PLS, CRP
20 Vote 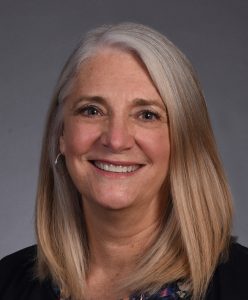 Verna Seal is a senior paralegal in the law firm Perkins Coie’s Business / International Trade and Transactions group and has more than 25 years of experience in the area of immigration law.  Prior to immigration law, she has many years of corporate transaction/SEC compliance experience, as well as litigation.  Overall, she has over 40 years of experience working in the legal field.  She had worked on numerous pro bono cases for the Northwest Immigrant Rights Project, as well as OneAmerica and Washington New Americans. Verna has been a member of NALS since 1992.  Since that time, she has held leadership positions in NALS of Minneapolis, NALS of Minnesota, Dallas Association of Legal Professionals, NALS of Portland, NALS of Greater Seattle, and NALS of Washington, as well as NALS serving as National Marketing Director and National Membership Director. Verna was elected to the Tukwila City Council in 2006 and currently serves as budget chair.  She also sits on the National League of Cities Youth, Education, and Families Council, and serves on the city of Tukwila Library Advisory Board and the Friends of the Tukwila Library board.  She is the former President and co-founder of the Tukwila Children’s Foundation and has also sat on the board of Tukwila Community Schools Collaboration and the Tukwila Pantry.  She was a Girl Scout leader for 12 years and for the last 5 years, served as Service Unit Manager for the Tukwila/Burien Service area. Verna received her Advanced Paralegal Certificate from Northeastern University School of Law in Boston in 1988, as well as her Bachelor of Science degree in Political Science from California State University, Fullerton, B.S., Political Science in 1986.  She also holds both her PLS and PP certificates.
Verna Seal, PP, PLS
19 Vote 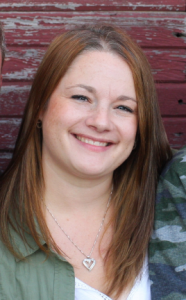 as born and raised in Tacoma, Washington and graduated from Lincoln High School in 1998. She has worked in Family Law since 1999, and obtained her Associates in Applied Sciences – Paralegal Program 2004.  For the past seven years she has worked at McKinley Irvin, PLLC and is currently paralegal for Lindsay D. Camandona and Samuel J. Page.